If you thought VC Chickering’s first novel Nookietown was controversial, wait until you get your hands on the second one. Twisted Family Values will debut later this month, just in time for pool season, with a reading scheduled at Words Bookstore in Maplewood on June 21.

You can pre-order the book here, or at your local independent bookstore.

It’s a multi-generation saga about taboo love and how a tight-lipped, socialite family handles scandal (hint: not well). It takes place in well-to-do Larkspur, NJ, a fictitious small town not unlike Maplewood, where Chickering lives – right down to the lush green lawns and a local bakery where gossip spreads faster than buttercream on hot summer days.

The Village Green got a sneak peek at the novel and, without giving anything away, let’s just say it delivers on its promise to be a salacious, entertaining read. It also spans nearly five decades and artfully peppers cultural references about Monty Python, Billy Joel, and flip phones with the cold realities of dating and relationships before #MeToo.

There’s plenty of humor, too: Chickering, who started off in TV writing for networks including Comedy Central and also plays in a band known for its laugh-out-loud lyrics, was named the Erma Bombeck Humor Writer of the Month for June. We sat down with her for the scoop on how she came up with this novel and what she’s working on next.

The plot is so scandalous, so we have to ask how you came up with it. What’s the backstory?

The initial incident that happens between cousins in this family came from a friend. He told me about a situation that had developed with him in childhood and as a teenager. I’m always on the lookout for trends that people don’t want to talk about.

What I started to notice more and more is that life was not unfolding according to plan for most of the folks around me, including my own life. The more I saw that happening, the more I saw people’s lives taking a turn and entire families having to manage curveballs, I just found that compelling to see how people navigate when things don’t go according to plan.

When I tell people what the book is about – I say it’s a dysfunctional family saga – everybody makes the same joke, which is, “Is it about my family?” Dysfunctional families are not an anomaly, I think they are the norm. Hopefully there is a measure of comfort that people might derive from seeing that it all just kind of eventually works out.

Like your first novel, this one tackles a taboo subject. Why do you gravitate to those kinds of topics?

I’ve just always been fascinated by the underdog. Maybe because I never saw myself as the ingénue or the lead – I always saw myself as the quirky best friend or the sidekick – those were the stories that were interesting to me.

As we age, we hear more stories. People we love start to make terrible choices, including ourselves. The trajectory of perfection is untenable. The potential that everyone chooses the right career, marries the right person, has no health issues for their entire lives is just unlikely.

I myself started to experience my own life unraveling in my 40s. It’s made me able to accept and forgive. Not only did I have to do that in my life, it encourages one to be less judgmental of other people around you when your smart friends start to make stupid mistakes. 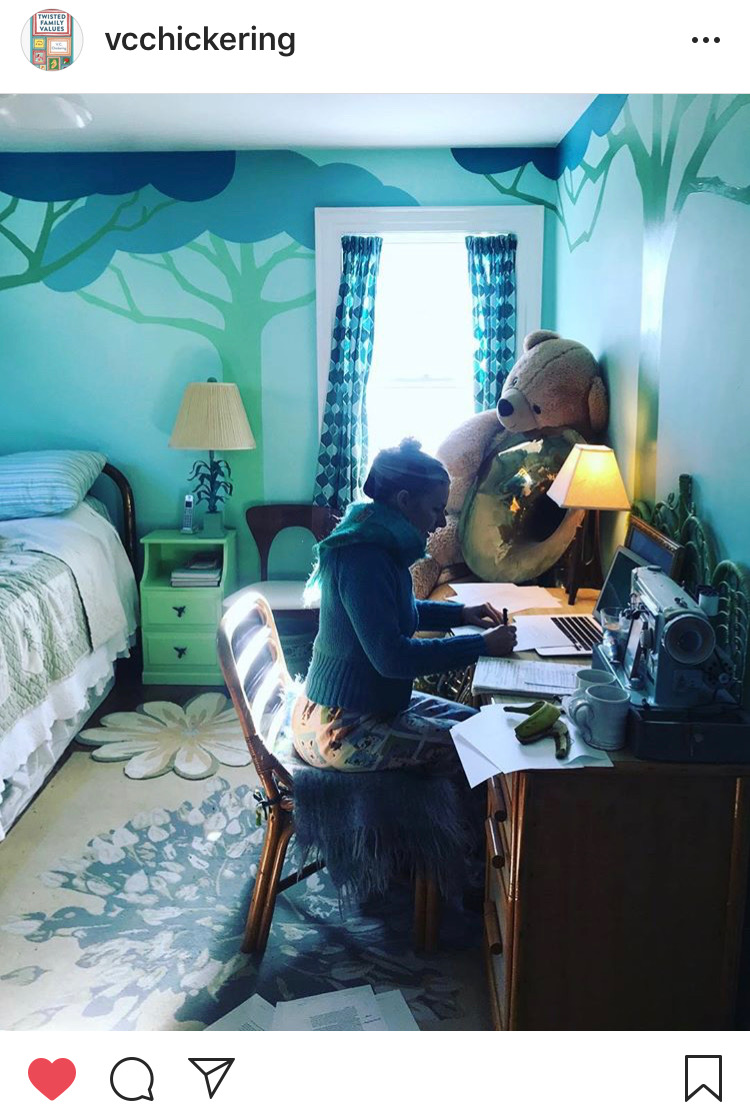 Juxtaposing that messiness against a serene New Jersey landscape not unlike our towns really brings that to attention. Do you think the story would be different if they took place somewhere else?

I don’t think so. What I try to do is make my stories feel resonant to the reader regardless of whether they are in Boise or the outskirts of London. Most of us grow up in communities and make the decisions in our lives based on how we are going to be seen and judged by the members of that community, whether it’s a family or a neighborhood.

The book is a delightful beach read, but I’m curious what you hope will stay with readers?

My first desire is always to provide entertainment. I hope that people laugh, that I’ve been able to engross them in a story.

Hopefully one of the takeaways is to release yourself from the tyranny of social expectations. Just allow people you love to make mistakes and forgive them. In the story, these characters become less self-centered and entitled and a little bit more self-aware and grateful for what they do have.

Unlike your first novel, which was very much about adults and romantic entanglements, this novel includes characters of multiple generations and a lot more focus on family dynamics. Was that intentional?

When I pitched the idea to my editor and my agent, the story ended when the characters were 24. And my editor said, “I like the story, it’s compelling, but they have to keep aging. They have to keep going.” I had written this idea years and years ago. I was forced to age these characters, and that was never my intention. That was a writer’s challenge, to make them evolve and keep going.

What’s great about that is that family issues usually do linger, and you have to keep confronting your relatives. You have to address the tension, right?

Some people say, I’m done, that’s it. But most families, you have to keep going. Whether that’s discussed or brought up is cultural, as is whether you are predisposed to passive aggressiveness or it’s all laid out on the table. I’m more familiar with the WASPy approach. Having said that, this family [in the novel] actually probably communicates much more honestly than my own family does. In some ways, it was a fantasy of mine.

Was this book easier or harder to write than Nookietown?

This one was harder to write. I had to grow my characters, and there was more due diligence on the decades to immerse the reader. Another thing that I was hoping was to put the reader, especially a female reader, in the mindset of what it was like to be a young woman in the 80s, going to college, before “date rape” was a term that existed. I wanted to try to portray a scenario that was realistic even though it’s abhorrent to us now.

I don’t want the reader to judge this character. I want the reader to understand and have compassion for what it was like to be a female in the 80s, in the 90s, in the Oughts, dealing with a forgiveness situation. It was my experience growing up that regardless of what happens, the woman wants to make sure the man doesn’t feel bad about it. I think that’s gone away, which is good, rightfully so. We’re not caretaking the feelings of men like we have through history. I’m hoping that kind of serves to show how far we’ve come.

You’ve incorporated humor into so many mediums. How does it work in novels compared to TV or music?

For me, the book got funnier with each pass. Each time I take a pass, I try to add humor. When I read a line that the character says, I think of something funny that the other character could say back. My whole philosophy in life and about people is that there are more funny people in the world than get portrayed in books and television and movies.

What have you learned about writing and publishing now that you wish you had known when you started?

I’m taking a much more unabashed and unapologetic stance of marketing myself on social media. I think I was a little shy the first time around, and I’m being less so this time. You really do have to be okay putting yourself out there, and I’m trying to be as entertaining as possible. 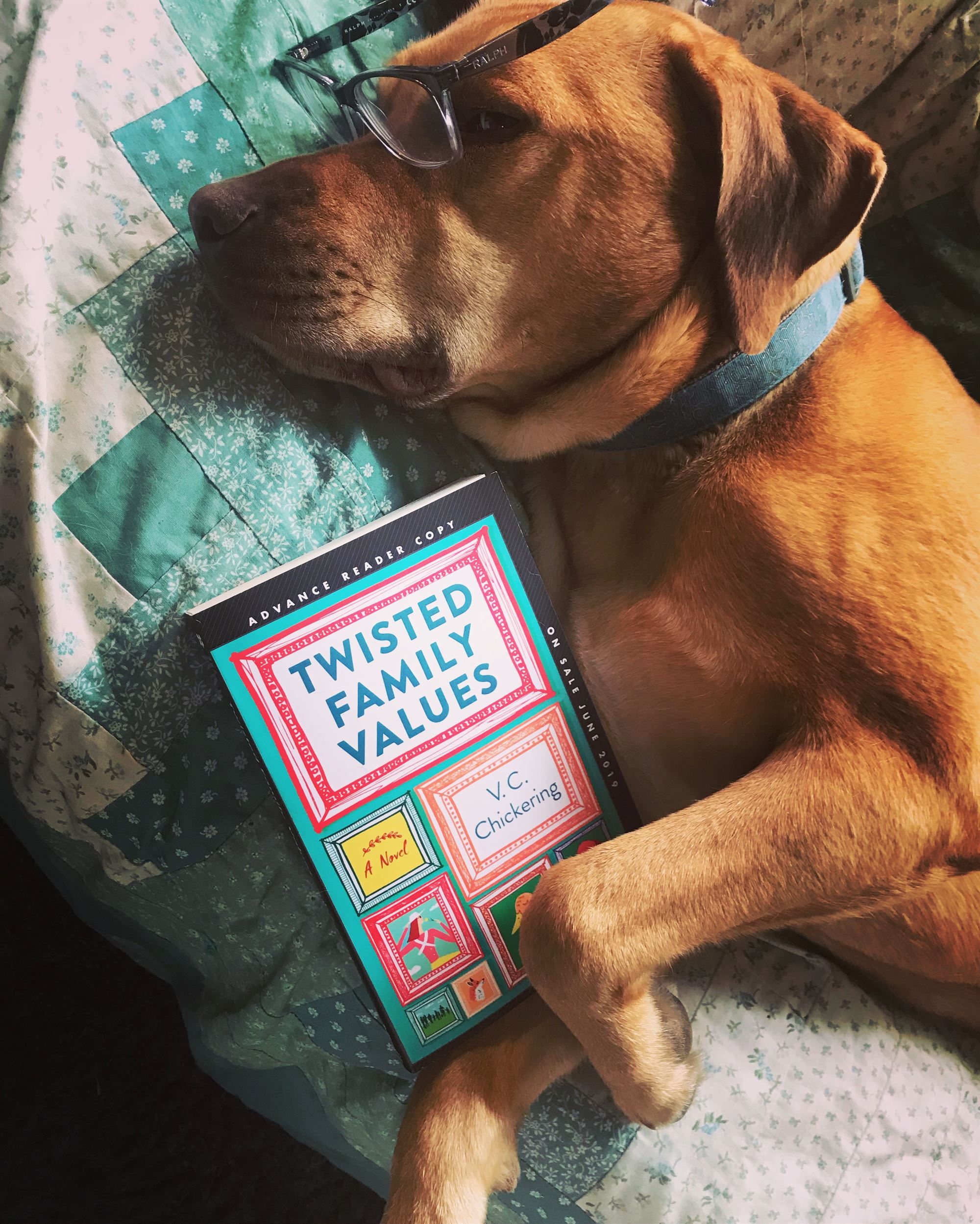 Can you tell us what you’re working on next?

I’m 13,000 words into a romance series. I’d like to try to jump genres. I’m always trying to challenge myself. I want to write a romance, which is basically like a rom com. Everything works out, and the girl gets the right guy – I want to try my hand at that. It’s really fun. It takes place in the 80s with Eurail passes in Europe. Two best friends, or sisters, go to Europe on Eurail passes.

Can we still expect those hilarious characters that have become your signature?
Oh yes, everybody will be funny. Everybody they meet will be funny. Always. I don’t know that I’m capable of writing people that aren’t funny.

Come to the official launch of VC Chickering’s Twisted Family Values at Words Bookstore on June 21 at 8 p.m. (her band will open with three new songs). She will also be at Watchung Booksellers in Montclair on June 19 at 7 p.m.