Turquaz
by NJ NEXT

Maplewoodstock, in its sixteenth year, will be full of energy as it presents power bands Turkuaz and Antibalas and up and coming Sister Sparrow and The Dirty Birds. Brooklyn-based Antibalas with its Afrobeat voice of resistance will close Saturday night, July 13, and Turkuaz, covering a range of sounds in festival funk fashion, will close the show Sunday night, July 14. Sister Sparrow and The Dirty Birds will present their modern soul sound with their own unique melodies and lyrics.

For more on the headliners, scroll down.

Nineteen other bands will appear throughout the two days, including young Maplewoodians Autumn Jones and Luca Max and local blues veteran, Joe Taino. The first note resounds at Noon on both days.

Maplewoodstock is a free event held in Memorial Park in a natural amphitheater, steps away from the Maplewood train station. It features 20 food vendors, 60 art vendors, a Kidzone and a beer garden.

With much support from local businesses and t-shirt sales, Maplewoodstock continues to be true to its mission of presenting the best possible show for the community and of the community with nationally known closing acts and a collection of regional bands with strong Maplewood and South Orange representation.

For early risers, canopies can be set up within limited space starting at 5:00am each of the two days. The permitted locations for canopies will be clearly marked. Please do not try to enter the park prior to 5:00am or try to set up canopies on Friday evening. You will be turned away. Also, any and all items brought into the park each day must either be discarded or removed each evening. Nothing is permitted to be left in the park overnight.

The rest of the hill will be full of chairs and blankets and neighbors sharing what has become Maplewood’s biggest annual social gathering.

Please note that while the Township of Maplewood strongly supports Maplewoodstock, this is not a Township event. It is organized and managed by the Maplewoodstock Volunteer Committee. For more information, band lineup schedules, inquiries or if you wish to donate please visit www.maplewoodstock.com.

Antibalas is a force of nature celebrated by both music connoisseurs and a wide array of renowned artists alike. Antibalas has served as the backing band for high profile tribute shows at Carnegie Hall, including Music of Paul Simon (2014), Music of David Byrne & Talk Heads (2015), and Music of Aretha Franklin (2017). Antibalas members have also appeared alongside some of today’s biggest stars, such as Beyonce, The Roots, Taylor Swift, Bruno Mars, Angelique Kidjo, Zap Mama, Femi Kuti, Seun Kuti, Tony Allen, Davido, Arcade Fire, Lady Antebellum, and many others. In 2012, Antibalas made their late night television debut on Late Night with Jimmy Fallon, and have appeared on Jimmy Kimmel Live!

Formed in Brooklyn, the musical collective known as Antibalas has a new new studio album, Where The Gods Are In Peace, which is an epic Afro-Western Trilogy searching for solace from American political opportunism, greed and vengeance. Through its battle cry of resistance against exploitation and displacement, Antibalas’ longform compositions investigate oppression in 1800s America that eerily mirror the current state of the country. Three explosive original arrangements cultivate an urgent call to heal a broken system. Ultimately, the sonic excursion lands on an island where love is our first instinct. A new ideology is born opening our hearts to the possibilities of living as one unified people, where all gods are equal and together we prevail. 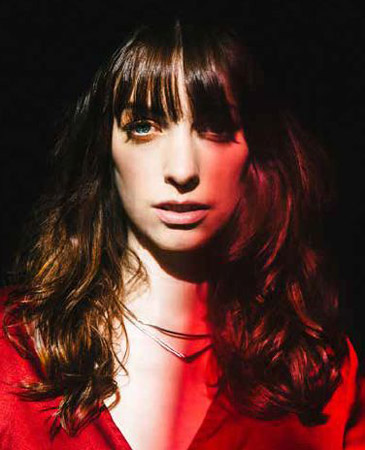 For nearly a decade , Sister Sparrow & The Dirty Birds have been hailed for their explosive brand of modern soul, equally celebrated for their three studio albums and electrifying live performances. Kincheloe grew up amongst an intensely musical family in upstate New York’s Catskill Mountains, co-founding Sister Sparrow and the Dirty Birds with her brother Jackson at just 18. The band based itself in Brooklyn and soon earned a rep as one of the hardest working outfits anywhere in the world, playing upwards of 150 shows each year including headline dates, sold out residencies, and top festivals. “Sister Sparrow, Arleigh Kincheloe’s nom de disque , is a soul queen,” raved The Washington Post, while The Baltimore Sun simply noted, “Arleigh Kincheloe has one of the biggest voices in the business. Prepare to be blown away”.

Rich with ingenuity, confidence, and deeply felt emotion, their new album GOLD represents both a career milestone and thrilling new beginning for Sister Sparrow. Though she has been making music for most of her life, Arleigh Kincheloe is well aware that with GOLD she has finally created something unique, universal, and altogether her own.

“Turkuaz is made up of individuals, each their own shade of the color spectrum,” explains Dave. “Each person brings a signature style and embodies his or her own color. The respective auras come together to create our sound. The name itself implies that vibrancy, but it’s a different spin on turquoise. In the same way, we put a different spin on groove-oriented music by telling stories that you wouldn’t normally associa te with funk.”  Since emerging in 2011 with their self -titled debut, the group have quietly animated a movement.