View all posts by NJ NEXT →
Alexis MorrastSOPACTeenage Jazz Phenomenon

Plainfield native Alexis Morrast is a 17-year-old musical phenomenon who has impressed and enchanted audiences around the world. She appeared in front of a sold-out house last year at SOPAC. Now she’s back, much to the delight of her fans. This rising Jazz star will take the stage on March 15 at 8 p.m.

She’s a two-time winner of Amateur Night at the Apollo Theater in Harlem, NY and has already performed with top-flight musicians on stages around the world. Says the Coltrane Jazz Festival, “The voice, the song list, the stage presence are all astonishing.”

Since she began singing at the age of three she’s performed on major stages including at the U.S. Open, NJPAC with Christian McBride, and Dizzy’s Club Coca-Cola with Jazz legend Barry Harris. She’s worked with greats like Greg Phillinganes, Steve Jordan, Ray Chew, Lisa Fischer, Michael Feinstein and Tony Award winner Christine Ebersole. Her beautiful tone has been heard on the Millennium Stage of The Kennedy Center, Lincoln Center, abroad in Cape Town South Africa and Austria. 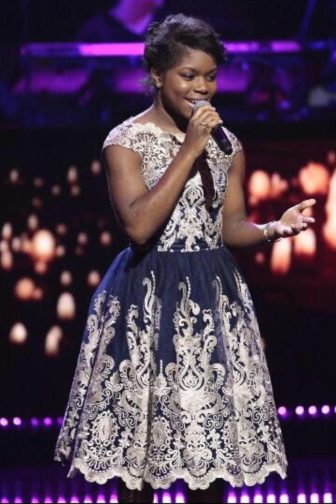 Alexis has been featured and interviewed in several articles from The Wall Street Journal, LA Times, Forbes Magazine and front page of local, national and international newspapers.

Alexis Morrast appears on the SOPAC stage March 15 at 8pm.  Tickets are $20 and are on sale now. They can be purchased at http://www.SOPACnow.org/events/alexis-morrast or by calling the box office at (973) 313-2787.